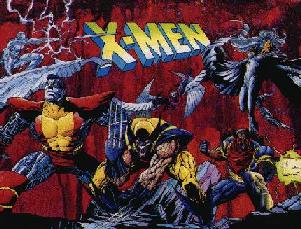 The X-Men is a group of mutant superheroes, created by Charles Xavier to fight against mutant menaces. They saved the earth for countless times and were reported "dead" for a lot of times too. They had innumerable formations, like: